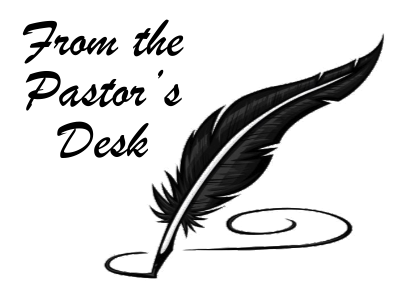 People haven’t changed much since ancient times. Nowadays the most popular topics of conversation are dramatic news stories. It was the same in Christ’s day. Everyone was talking about these major events: the collapse of the tower at Siloam, and the violent tactics Pilate used to control the Jews. And Christ gives his opinion on these earthly events. But he gives it with as much authority as he had when he spoke about heavenly things. He knows the meaning of everything that happens in history. He is the Lord of history. And so, he gives the definitive interpretation of these two tragic events. For him, they are parables of what will eventually happen to every human being in this fallen world: suffering and death. They are not special manifestations of God’s anger; they are typical occurrences in a world wounded by sin. They should not surprise us; they should keep us on our toes. When Christ decided to establish his Church, he delegated to the Church this same authority to continue announcing the meaning behind earthly events. Jesus was “the light of the world” when he walked the roads of Palestine, and the Church keeps carrying that torch in every age. Unfortunately, however, not everyone heeded his voice back then, and not everyone heeds his voice today. The world is always seeking justice, peace, and prosperity. Individuals are always seeking happiness. Without fertilizing our minds and hearts with the truth about who we are and what we were created for, however, society will be barren of these most valuable fruits – like the fig tree that had no figs. Imagine, for example, how different the world community would be if everyone followed the Ten Commandments. Our Lord knows the way to fulfillment and fruitfulness. As his disciples and children of the Church, we can know it too, and should strive to make it known.